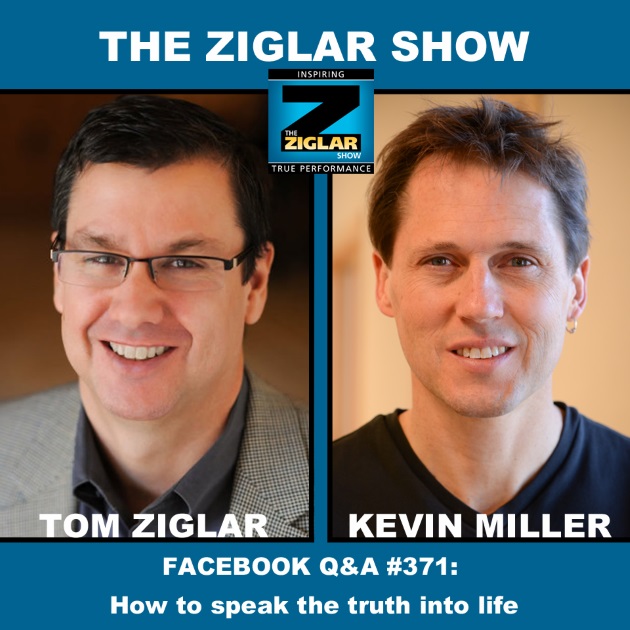 Today we’re going to talk about admitting we have some skills and stopping thinking small.

Nothing is gained by minimizing ourselves. Nothing. I think we use humility and self deprecation as a cop out. I said “we”, as I’ve fallen into this trap.

Self-deprecation is the act of reprimanding oneself by belittling, undervaluing, or disparaging oneself, or being excessively modest. It can be used in humor and tension release.

But get in any group of people and you’ll find much more of that, than the opposite.

So for those of you who want to be strong, to matter, to serve and realize the glory that comes with accepting the responsibility of their giftings, here you go. I want you to listen to 12 minutes of Zig Ziglar.

But then we’re going to take the topic and drive home the real crux and opportunity.

Ready? Here you go with Zig:

You heard Zig talk about testimonies he got from the self-talk cards nearly 20 years ago, sent to him by his executive assistant, Laurie Magers. Folks, Zig passed away 3 years ago. But today, never does a week go by without us receiving testimonies about the self-talk cards. Some I get personally, but they are often shared with me by Cindy, Zig’s daughter and head of customer care at Ziglar, and…Laurie Magers.

Friends, this “self-talk” deal is gigantic. Maybe the biggest thing Zig ever hit on.

Think about this. Imagine your kid or friend or sibling or…someone you care deeply about.

Now imagine they are in the Olympics. It’s the final event. Gold medal on the line. But let’s up the odds and imagine some horrific reality, like something you’d find in the Hunger Games movie. That if your loved one DIDN’T win the gold, you would be beheaded.

Over the top, but bear with me as I strive to make a point.

What would you want their self-talk to be? Would you want them on the starting line, chanting in their head, “I’m gonna lose, I’m gonna lose. My legs are going to buckle. I’m a fraud. I’m hyperventilating. I shouldn’t be here.” Their knees are shaking, pits are sweating, face is frightened…every bit of their being is fear and weakness and doubt.

Or would you want them taking a deep breath, scanning the crowd and competitors, and feeling peace. And their mind is speaking, “I’ve got this. I prepared. I know I have it within me…God has equipped me for this. It’s unlikely anyone can really beat me. I’m going to explode out of the gate, it will be my best start and race ever. I can’t really imagine NOT winning. Let’s do this.”

Which do you want? Which is best? Which will produce a better result, even though the physiological reality doesn’t change either way? Though actually…IT DOES. “As a man thinketh, so is he”

So if you have a spouse. Kids. Friends. People you care to serve.

What do you think they desire from you? Negative self talk? Or positive. Seriously.

Let’s dig in further. Let’s dispel some errant perspectives regarding “self talk”. Then, let’s get to the root of the issue with our personal responsibility to accept and walk in our gifts.

Zig is literally talking about standing in front of a mirror and saying and claiming positive things about yourself.

Folks, that is downright goofy. Ridiculous. And if it’s unacceptable, then you should stop listening now and never listen to anything from Zig Ziglar again. Because he did it.

But I understand. In my youth I watched Saturday Night Live. There is a classic segment, just type in “stuart smalley michael Jordan”

The character of Stuart is all about, “Daily Affirmations.” And it’s made laughable.

Yet we are all ok as a culture with, “Daily Criticisms.” Completely self acceptable. Walk into a public bathroom and find someone looking themselves in the mirror lamenting about their faults, they’ll get sympathy and commiseration. But find them speaking positive things about themselves and they are likely to get mugged. At least mocked and made fun of.

Yet would any parent in their right mind NOT want their kid to be confident in their strengths and abilities?

Go back to my Olympic athlete analogy.

I took my 11 year old son skiing this past weekend. We met up with two of my older kids who met us from their college for the day of skiing, but I had two hours there and two hours back with him.

I was thinking on this subject of his gifts and him knowing them. Kids often have confidence and self assurance, then somewhere along the way, they lose it and generally criticize and deride themselves and their abilities.

I wanted to redeem the time with him. I asked him, if he woke up one morning, and orphan. And there were some families interested in him, and he was tasked with selling himself to them, what would he say about himself? What positive things would he list?

He did. We talked it through, I had to help guide him some.

He did a great job. And I told him I wanted him to be aware, confident and comfortable in his gifts and abilities and strengths. I asked him if he was comfortable in speaking it? He said it was hard. He was concerned with bragging. Which is understandable.

So we talked about being humble.

But it’s also not minimizing and diminishing yourself.

It’s being confident and comfortable in your strengths, and readily admitting your weaknesses.

I am confident and comfortable that if you have an idea or a goal you want to achieve, I personally, Kevin Miller, in 60-90 minutes, can help you believe in your ability to achieve it. Let me discern the raw materials and I’ll remove the real and perceived obstacles you have, and help discover the best opportunities for your idea or goal to be realized. It’s my passion, gift and ability. I have natural talent, and I’ve worked hard at refining it.

Once the idea is conceived and launched, I am NOT good at the day to day maintenance. Or the refining. I’m decent at the continued growth, but others are better. I’m great at making it exist.

It will work! But it may be ugly. Clunky. I need someone with other gifiting take it from there.

Is that vain and egotistical?

We’ll come back to that in a second.

Here’s another angle to realize:

Something I learned many years ago

Many people are not very self aware.

Those that are, have some advantages.

However, I experienced that those who were self aware were also often more prone to discounting themselves. They knew their faults. They could smell a fake and weakness, and thus, knew their own.

It seems better to be self aware and humble than the other two extremes:

The arrogant, narcissistic, egotistical person who really thinks they are superior. Or…

The person who is just too dumb to know they can’t do it. Forrest Gump.

But here’s the deal, if all the enlightened people in the middle discount themselves, then we’re leaving the spoils to the arrogant and dumb.

And folks, if I was meaner than I am, I’d name a list of people I know on both sides. The arrogant and the ignorant. Who…did it. They succeeded. They achieved. They won. And the rest of the “enlightened”, sat at home watching them on screens.

Does that seem right? Is that justice?

If not, then what are you going to do about it?

It comes from Marianne Williamson, though it is often found on the Internet incorrectly credited to Nelson Mandela from his Inauguration Speech, 1994

“Our deepest fear is not that we are inadequate. Our deepest fear is that we are powerful beyond measure. It is our light, not our darkness that most frightens us. We ask ourselves, Who am I to be brilliant, gorgeous, talented, fabulous? Actually, who are you not to be? You are a child of God. Your playing small does not serve the world. There is nothing enlightened about shrinking so that other people won't feel insecure around you. We are all meant to shine, as children do. We were born to make manifest the glory of God that is within us. It's not just in some of us; it's in everyone. And as we let our own light shine, we unconsciously give other people permission to do the same. As we are liberated from our own fear, our presence automatically liberates others.”

Please. Hit rewind. Go listen to it again. I’m a believer and follower of Jesus Christ. And I think I could hear Him saying this. I think He did, through Marianne.

Now, back to the self-talk cards. Get them now at ziglar.com/selftalk

But the point is not telling yourself lies. It’s decisively, deciding, to believe more about yourself. To expect more.

You are living in a story. Your early story was very much written for you. But later, though you are massively, for better and/or worse, influenced and programmed by your early story, today, you are responsible for your story.

You accept what you will or won’t from your early programming. But then you get to rewrite, or not. Add to, subtract.

It’s radically hard work, but so is anything of value. As Malcolm Gladwell wrote about in his book “Outliers”, the famous, amazing, brilliant, genious…just worked more than everyone else to hone their talent.

Refrain from the temptation to alter the self-talk cards from saying “I am…” to “I will…” While that may sound more honest, it doesn’t do the necessary things to the brain.

To say, “I am…whatever”, when you are, confirms and solidifies it.

Saying “I am…whatever”, when you know you are not offers two possibilities: Rejecting it, which you just aren’t going to allow yourself to do. So the other side is…accepting it. 1% day one. Maybe 1% every day…and you must do it 100 days! Say it. Plant the seeds. Till you 1) accept it, and 2) actually become it.

Then how about simply…believing and admitting? This is where I landed with my 11 year old son.

“Ian, do you believe God gave some people gifts, and others just got the shart? Sure, God loves all equally. But He didn’t gift them all…equally.”

Before he could answer, I said, “What about me, Ian? I have seven kids. Do you think I believe some of them, maybe one or two, were given great gifts and abilities. The others…sorry. Just filler here on earth.”

He smiled, and said, “No Daddy, we are all equally gifted.”

To which I explained, while driving with my beloved boy through the great, high plains of the Rockies after a day of glorious skiing, “You’re damn straight!!” Often an emotional spike is helpful in making a lasting memory, and this one was worth it. It is here too.

Folks, my son thanked me for the discussion, where I expounded on his giftings, 100% more than he ever did for the most outlandish, expensive Christmas or birthday gift. I gave him the gift of his place with God and humanity and worth and value and…purpose.

Folks, shrinking from your light, your worth, your value, is absolutely tragic. It’s robbing the world and those closest to you of gifts God has destined to give them…through you. And if you don’t think you have the power to mess up someone’s life, then why do you get mad at the pervert, the rapist, the murderer? They have power to hurt and you don’t?

Does anyone have the power to help someone’s life? Do you give value to leaders, authors, experts, pastors, parents? Do they have any power to help?

So you. You are NOT neutral. You help and hurt at will. Will to accept your glory and power, as given by God.